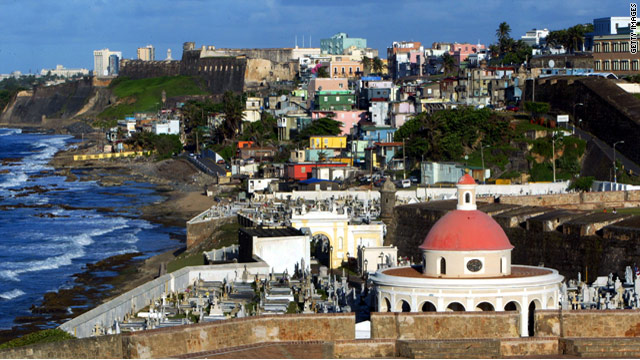 Puerto Rico Could be 51th State; an election day wildcard

This week marks the anniversary of the last state to join the union, as Hawaii became the 50th state in 1959. In just three months, Puerto Rico faces a similar vote to become the 51st state of the United States. And as of now, the results of its complicated statehood vote on November 6 are […]

House Democratic leaders plan to bring H.R. 2499, the Puerto Rico Democracy Act, to the floor of the House of Representatives for a vote this week! H.R. 2499 is “stealth legislation” designed to make Spanish-speaking Puerto Rico the 51st state. That is the only reason why Puerto Ricans are being asked to vote again, after they […]

VOTE NO on H.R. 2499 H.R. 2499, The Puerto Rico Democracy Act of 2009 is out of committee and could be brought to the floor of the House of Representatives for a vote any day! H.R. 2499 is “stealth” legislation designed to lead to the admission of Spanish-speaking Puerto Rico as our 51st state. That […]