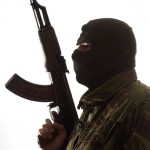 The Republican representative referenced several incidents that show evidence of Hezbollah’s efforts to infiltrate the U.S. region and harm U.S citizens with the aid of Mexican drug cartel gangs.

“It is vital we know what is happening on our border, especially as crime and violence continue to rise there and as terrorist plots and threats are increasing inside the U.S.,” quoted the Fox News report.

Myrick cited the warming relationship between Iran and Venezuela as proof that Hezbollah members are collaborating with Latin American drug cartels, the drug cartels are utilizing Hezbollah’s ability to dig underground tunnels for drug smuggling and in turn, providing funding, document forging, and false identities.

The Fox News report referenced Anthony Placido, assistant administrator for intelligence at the Drug Enforcement Administration, testifying at a House Oversight and Government Reform subcommittee in March this year, that some drug smugglers in the U.S.-Mexico region have had relationships with Hezbollah between the 1980s and 1990s.

“There are numerous reports of cocaine proceeds entering the coffers of Islamic Radical Groups such as Hezbollah and Hamas,” Fox News quoted Placido when he testified to the subcommittee. Placido labeled the proceeds as “easy revenue” that will eventually be used to fund terrorism against Americans.

Fox News also cited a 2006 House Homeland Security Committee report which details incidents of Hezbollah operatives who were apprehended when trying to access the U.S. through Mexico. The report mentions Mahmoud Youssef Kourani, a Hezbollah member and convicted terrorist who pleaded guilty in 2005 for supplying information to the terror organization after he was smuggled in the U.S. through Mexico, and lived in Dearborn, Michigan

The current occupant of the White House claims to know how to create jobs. He claims jobs have been created....