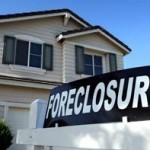 Mary Umberger, Chicago– People who have been delaying putting their homes on the market should do it soon because prices may go down 5% to 8% as banks unload a glut of repossessed properties, Steve Harney tells agents.

That was Steve Harney’s advice recently to a roomful of real estate agents. Harney is a housing industry consultant who told the assembled agents of John Greene Realtor in Naperville, Ill., that they should tell clients who have been sitting on the fence about selling that the time is now — if they want to sidestep more marketplace competition in a few months.

Or, as he put it, the cork in the dam is about to pop.

That “cork” is banks’ indecisiveness. The “water” behind the dam is their stockpile of foreclosed homes, which has been growing with a vengeance for a couple of reasons, Harney said.

Banks have been in a state of limbo this year about what to do with repossessed houses, and so they have mostly held on to them in order not to add to the nation’s oversupply of homes for sale, Harney told the agents.

“The banks have been saying, ‘There has to be a number [the market] can hit where we can keep the river going without flooding the valley,'” he said.

Apparently, he said, the nation hit that number recently, as prices reached a relative level of stabilization. A Dec. 17 report from Re/Max, for example, said sale prices dropped “only” 1.7% from last year in its 54-city survey, which would indicate general price equilibrium.

But before you break into applause, consider that while the banks were waiting for that sign of stability to decide when to put their holdings on the market, they also were foreclosing at a rapid pace.

“In August, the number of houses banks took back was up 49% over the year before, and September was the greatest month in history for repossessions,” Harney said.

That’s bad for individuals, of course, but necessary, in Harney’s view, for the housing market to heal itself.

Then, the robo-signing mortgage-document fiasco unfolded, causing major lenders to put new foreclosures on hold for a while. But as that situation begins to inch toward resolution, banks are resuming foreclosures, which is only putting more pressure on the dam, Harney said.

With the general agreement that the market has hit some long-awaited neutral spot, the banks have their hand on the cork, Harney said. He, among others, expects that cork to come out by the second quarter, as lenders push 3 million or 4 million (as seen by foreclosure-data firm RealtyTrac) to 8 million (as forecast by Morgan Stanley) foreclosed houses onto the market.

As a result, the burgeoning inventory should push prices down 5% to 8%, Harney said, although gloomier views foresee a 20% drop.

Harney is among those who believe that the worst is generally over for the market, and that the inventory mess and lending issues will work themselves out in 18 months or so as pent-up buyer demand begins to reassert itself.

Meanwhile, he said, selling earlier this year will probably net a better return than late.

But what does that mean for buyers this year? Why should they buy from those early-year sellers if the prices are going to drop further?

Harney good-naturedly espouses a kind of logic that seems endemic to the real estate industry (and drives some economists crazy): That it’s always a good time to buy — and to sell.

“There’s no good news or bad news, just news,” Harney said. “Every time a house rises in value, there’s a person who makes money and a person who says, ‘Darn!’

Buyers, he said, should take a look at those recent charts that show mortgage interest rates creeping up and consider how much it might cost them to wait.

“That cost is going to go up, even as prices go down,” said the former owner of a New York real estate brokerage. “Now is the time to buy.”

QE2: Another Fed Backfire? Capitalize on the Monetary Folly

David Dreman- Big Ben has done it again, but what he's done he didn't mean to do. QE2 is the...