By Jim Wolf and Nicola Leske

(Reuters) – The Obama administration cleared the way for states to legalize Internet poker and certain other online betting in a switch that may help them reap billions in tax revenue and spur web-based gambling. 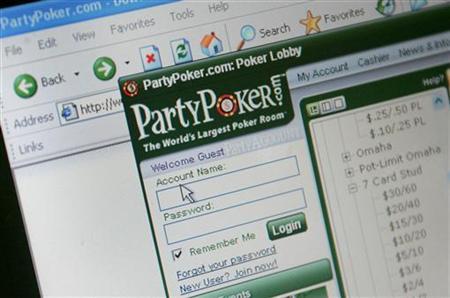 A Justice Department opinion dated September and made public on Friday reversed decades of previous policy that included civil and criminal charges against operators of some of the most popular online poker sites.

Until now, the department held that online gambling in all forms was illegal under the Wire Act of 1961, which bars wagers via telecommunications that cross state lines or international borders.

The new interpretation, by the department’s Office of Legal Counsel, said the Wire Act applies only to bets on a “sporting event or contest,” not to a state’s use of the Internet to sell lottery tickets to adults within its borders or abroad.

“The United States Department of Justice has given the online gaming community a big, big present,” said I. Nelson Rose, a gaming law expert at Whittier Law School who consults for governments and the industry.

The question at issue was whether proposals by Illinois and New York to use the Internet and out-of-state transaction processors to sell lottery tickets to in-state adults violated the Wire Act.

But the department’s conclusion would eliminate “almost every federal anti-gambling law that could apply to gaming that is legal under state laws,” Rose wrote on his blog at www.gamblingandthelaw.com.

If a state legalized intra-state games such as poker, as Nevada and the District of Columbia have done, “there is simply no federal law that could apply” against their operators, he said.

Congress also had been concerned about rapid transmission of betting information on baseball, basketball, football and boxing among other sports-related events or contests, she summarized the legislative history as showing.

“The ordinary meaning of the phrase ‘sporting event or contest’ does not encompass lotteries,” Seitz wrote. “Accordingly, we conclude that the proposed lotteries are not within the prohibitions of the Wire Act.”

The department expressed no opinion about a provision in the law that lets prosecutors shut down phone lines where interstate or foreign gambling is taking place.

Many of the 50 U.S. states may be interested in creating online lotteries to boost tax revenues and help offset the ripple effect of a federal deficit-reduction push.

The global online gambling industry grew 12 percent last year to as much as $30 billion, according to a survey in March by Global Betting and Gaming Consultancy, based on the Isle of Man, where online gambling is legal.

Federal prosecutors in April charged three of the biggest Internet poker companies with fraud and money-laundering along with violations of another federal law, the Unlawful Internet Gambling Act of 1986.

by Jeff Kunerth The Council on American-Islamic Relations (CAIR) announced today that the Department of Defense will begin allowing Muslim...