In the second part of our analysis of the treatment of Israel on the opinion pages of major media, we take a look at the Washington Post, one of the most influential newspapers in the world.

In comparison with the New York Times, we found a much more balanced approach to Israel, including a number of editorials, columns, and op-eds that expressed sympathy for Israel’s position or criticized Mahmoud Abbas’s Palestinian Authority.

While the New York Times had 75 editorials, columns, and op-eds concerning Israel in 2012, the Washington Post only ran about one-third as many. This smaller number of opinion pieces was much more representative of diverse views of the conflict than those of the Times. Several opinion pieces, unlike in the New York Times, either expressed support or at the very least, understanding for the Israeli position. Several were even critical of Mahmoud Abbas and the Palestinian Authority. 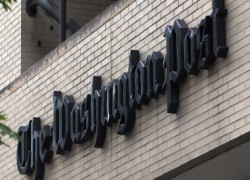 Editorials represent the views of The Washington Post as an institution, as determined through debate among members of the editorial board. News reporters and editors never contribute to editorial board discussions, and editorial board members don’t have any role in news coverage.

This statement makes clear for the reader that there is a distinction between opinions and what is supposed to be factual reporting. It also gives complete license to editors to write what they really think. The clear separation might explain why, overall, the editorial pages seem far more objective than the news coverage.

What emerges is a very pragmatic view of the situation, one that does not place all the blame for lack of a peace process on Benjamin Netanyahu. Of the twelve editorials focused on Israel during the year, seven concerned the peace process. And of those seven, five were critical of the Palestinian Authority, Hamas, or the disproportionate focus on settlements. One blamed both sides and only one was overtly critical of Israel.

Examples of the editorials that expressed understanding for Israel’s positions:

While the Editorial Board was also critical of Israel and the Netanyahu government, these criticisms were expressed within a larger  context. This stands in stark contrast to the New York Times which repeatedly implied that if only Israel would make more concessions, a peace agreement could be at hand.

There were also twenty-six columns and op-eds that dealt with Israel over the last thirteen months. These opinions varied across the spectrum. Some were  critical of Israel. But others followed the editorial line and took digs at the Palestinian Authority. One in particular caught our attention, because it referred to the work of advocates of fair media coverage of Israel.

In “The never-ending war in the Middle East,” David Ignatius says:

This kind of war grinds down the character of decent people, so Palestinians can cheer when they hear about rockets targeting the families in Tel Aviv, or Israel supporters can denounce newspapers for running a photograph of a sobbing Palestinian journalist cradling his lost child, or send e-mails headed, “Cue the Dead Baby.”

But this is a false and misleading comparison. When HonestReporting and others write about media accounts of Palestinian casualties it is not at all to try and diminish or belittle the suffering. Rather, when photos are staged to make Israel appear guilty of horrible atrocities, it is to expose the bias of journalists all too willing to report baseless accusations against Israel.

Google the phrase that Ignatius uses and you will find an entry  from the blog Atlas Shrugs which details evidence of Hamas staging photos of dead children. These pictures are used to indict Israel when in fact the children were murdered by Hamas itself. Yet Ignatius wants instead to use the complaints against these deceptions as evidence of the lack sympathy on Israel supporters.

Comparing those who point out falsehoods in the media to those who cheer rocket attacks on Tel Aviv is absurd. It is one thing to have an opinion critical of Israel. It’s something else entirely to write falsehoods disguised as mere opinions.

On the other hand, the Post has columnists like Richard Cohen (not to be confused with the New York Times’ Roger Cohen.) Cohen is certainly not always supportive of Israeli policies. But he understands the distinction between Israel and her enemies and is most critical of those who compare the two.  Here is one example:

The callousness of Hamas:

What various editorial writers and others seem not to understand is that the very peace agreement they accuse Israel of forestalling is, in fact, impeded by Hamas’ use of violence. Who wants to make peace with extremists? Who wants to give up land for the promises of peace offered by zealots who read Hitler for inspiration? Israel pulled out of Gaza once already. Abandoned greenhouses were refurbished by Jewish philanthropists in America. The greenhouses were trashed and with them what now seems like naive optimism. Soon, Hamas took control and the rockets started hitting Israel.

An op-ed in the Post that also takes the media to task for its moral equivalence was written by Israeli Ambassador to the U.S. Michael Oren.

But Hamas also has a media strategy. Its purpose is to portray Israel’s unparalleled efforts to minimize civilian casualties in Gaza as indiscriminate firing at women and children, to pervert Israel’s rightful acts of self-defense into war crimes. Its goals are to isolate Israel internationally, to tie its hands from striking back at those trying to kill our citizens and to delegitimize the Jewish State. Hamas knows that it cannot destroy us militarily but believes that it might do so through the media.

And in a direct rebuttal to Ignatius’ claim:

Media naturally gravitate toward dramatic and highly visual stories. Reports of 5.5?million Israelis gathered nightly in bomb shelters scarcely compete with the Palestinian father interviewed after losing his son. Both are, of course, newsworthy, but the first tells a more complete story while the second stirs emotions.

Overall, of the eighteen op-eds and columns that could arguable be identified as being either critical or supportive of Israeli actions and policies, there were nine on each side. A good portion of these opinion pieces dealt with whether a military strike on Iran would be effective or not. It is appropriate that on such a controversial issue, a spectrum of voices were published. (As opposed to the Times single op-ed arguing in support of a military strike.)

Our conclusion from surveying a year’s worth of opinion pieces from the Washington Post is that the paper should be credited with:

a) Clearly separating opinion from news coverage; and

b) Presenting a range of opinions and a large number of opinion pieces that provide a balanced view of Israeli policies.

The real issue is why the news coverage of the Post does not reflect the same commitment to providing context and balance as the opinion pages. We believe that the same standards reflected on the opinion pages should be applied to all reporting.

This is the second segment in our series analyzing the opinion pages of major media. The first segment, “Whose Opinion Matters — A Look at the New York Times“  concluded that overwhelming number of editorials, columns and op-eds in the New York Times represent perspectives that object to Israel or Israeli policies.“

The next segment will examine the Los Angeles Times.

The Wall Street Journal (WSJ) has confirmed the analysis by Arutz Sheva’s Mark Langfan that the “red line” set by...