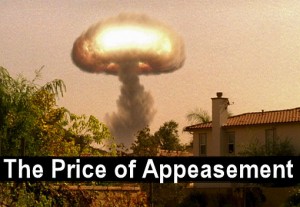 The Obama administration has been forced to admit that the nuclear deal to which Iran agreed last weekend in Geneva, Switzlerland has not actually been finalized. In the interim, Iran is continuing its enrichment of uranium, as well as continuing construction on the Arak nuclear plant it is meant to suspend. And the White House is being criticized for misleading the public about the terms of the Iran deal, which keep getting worse.

The Washington Post noted, in an editorial otherwise supportive of the deal, that the Obama administration had not told the whole truth: “What the White House didn’t report is that the text of the accord makes several major concessions to Tehran on the terms of a planned second-stage agreement…the United States and its partners have already agreed that Iranian enrichment activity will continue indefinitely. In contrast, a long-standing U.S. demand that an underground enrichment facility be closed is not mentioned.”

Iran clearly expects that the deal will eventually lead to the end of all sanctions against the regime for its repeated violations of UN Security Council resolutions that ban any nuclear enrichment, and that it will see its so-called “right” to enrich uranium recognized either explicitly or de facto, without restrictions–and not in 15-20 years, as the administration has implied, but in a mere five years from the signing of the deal.

No one is quite sure when the deal begins, and when the six-month window contemplated under the terms will be over. So Iran continues to play for time, and the Obama administration, having accepted Iran’s nuclear enrichment in principle, is forced to accept interpretations of the deal that favor Iran, having lost the leverage sanctions once provided. : This deal’s getting worse all the time.

Obamacare horror stories have outnumbered successes, even in the liberal mainstream media. But that may soon change now that a...