The jury’s still out on wh 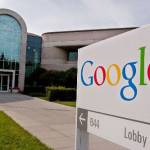 ere Barack Obama was born, but a new squeaky clean, shrill-less Hillary Clinton is about to be re-birthed by mighty Google.

Seven years ago the Democrats gave America a Manchurian candidate presented from faux Greek columns as the world’s new messiah.  Obama and his manufacturers promised the Fundamental Transformation of America, but went out to fundamentally transform the Free West while they were at it.

A whopping 60% of Democrats want Hillary Rodham Clinton (HRC) as their next president.  They have decreed America has to have its first woman president “because it’s time”.

This time the Democrats, Marxist liars holding public office, have joined ranks with the world’s largest search engine, with intentions to foist upon a largely unsuspecting America, the First GOOGLE Woman President.

No other politician ever got off to a presidential run with a scrubbed clean slate, but that’s what Google—self-proclaimed owners of the truth—will do for (HRC).

In Case You Missed It:  Same Biden regime that won't even bother to save Americans in Afghanistan claims everyone should take vaccines because the government cares about saving lives
Posted in Freedoms and tagged Clinton, Google.

By Mitch Wolfe Iran’s current Supreme Being Ayatollah Ali Khamenei, as his predecessor Ayatollah Khomeni, has always viewed America, as...