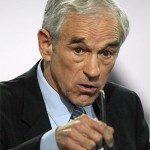 This week there were two more murders of prominent Ukrainian opposition figures, bringing the total to perhaps 12. While the US government was quick to suggest that Russian president Putin was behind the killing of a minor opposition figure in February, the US has so far remained silent at the ongoing political killings in Ukraine. This edition of the Ron Paul Liberty Report covers the killings and also the arrival of US troops. Is this not a dangerous escalation?