Roughly 9,000 California companies moved their headquarters or diverted projects to out-of-state locations in the last seven years, and Dallas-Fort Worth has been a prime beneficiary of the Golden State’s “hostile” business environment. 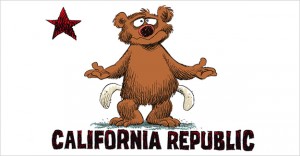 That’s the conclusion of study by Joseph Vranich, a site selection consultant and president of Irvine, California-based Spectrum Location Solutions.

Of the 9,000 businesses that he estimates disinvested in California, some relocated completely while others kept their headquarters in California but targeted out-of-state locations for expansions, Vranich found. The report did not count instances of companies opening a new out-of-state facility to tap a growing market, an act unrelated to California’s business environment.

Japanese automaker Toyota, which is consolidating its North American headquarters in Plano over the next couple of years, is one of those companies. The company is leaving Torrance, California, and two other locations to set up shop in Plano, where it will employ 4,000.

It’s typical for companies leaving California to experience operating cost savings of 20 up to 35 percent, Vranich said. He said in an email to the Dallas Business Journal that he considers the results of the seven-year, 378-page study “astonishing.”

“I even wonder if some kind of ‘business migration history’ has been made,” Vranich wrote in his note.
I’ll talk to Vranich about specifics of his study later today, so stay tuned.

Companies continue to leave California because of rising costs and concerns over the state’s “hostile” business environment, according to the study, which also names companies and provides details of business disinvestments in the state.

In Case You Missed It:  Did Roe just get effectively overturned?
Posted in Financial and tagged California, Economy, Financial, Liberalism, Texas.

Details have emerged of a shocking double rape suffered by a woman near a migrant center in Sweden, during which...