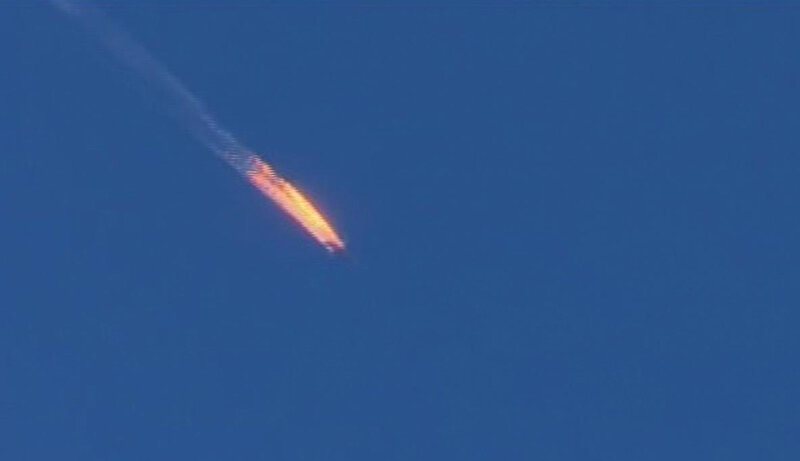 Turkey’s unprovoked shoot-down of a Russian military aircraft over Syria raises interesting questions. It seems unlikely that the Turkish government would commit an act of war against a much more powerful neighbor unless Washington had cleared the attack. Turkey’s government is not very competent, but even the incompetent know better than to put themselves into a position of facing Russia alone.

If the attack was cleared with Washington, was Obama bypassed by the neocons who control his government, or is Obama himself complicit? Clearly the neoconservatives are disturbed by the French president’s call for unity with Russia against ISIL and easily could have used their connections to Turkey to stage an event that Washington can use to prevent cooperation with Russia.

Washington’s complicity is certainly indicated, but it is not completely out of the question that the well-placed Turks who are purchasing oil from ISIL took revenge against Russia for destroying their oil tanker investments and profitable business. But if the attack has a private or semi-private origin in connections between gangsters and military, would Turkey’s president have defended the shoot-down on such spurious grounds as “national defense”? No one can believe that one Russian jet is a threat to Turkey’s security.

Don’t expect the presstitutes to look into any such questions. The presstitutes, such as the BBC’s Moscow correspondent Sarah Rainsford, are spinning the story that the loss of the Russian aircraft, and earlier the airliner, proves that Putin’s policy of air strikes against iSIL has backfired as Russians are not safer.

The responses to the shoot-down are also interesting. From what I heard of Obama’s press conference, Obama’s definition of “moderate Syrian rebels” includes all the extremist jihadish groups, such as al Nursa and ISIL, that are the focus of the Russian attacks. Only Assad is an extremist. Obama, following the neocon line, says that Assad has too much blood on his hands to be allowed to remain president of Syria.

And what about the blood on Obama’s hands? Here we are talking about a very large quantity of blood: the blood of entire countries—Libya, Afghanistan, Yemen, Syria, and the blood that Obama’s puppet government in Kiev has spilled of the ethnic Russian inhabitants of Ukraine.

Throughout the entire Washington orchestrated conflicts in the Middle East, Africa, and Ukraine, the Russian government has spoken reasonably and responded in a diplomatic manner to the many provocations. The Russian government relied on European governments realizing that Europe does not benefit from conflicts generated by Washington and separating themselves from a policy that is against their interests. But Europe proved to be a collection of American vassals, not independent countries capable of independent foreign policies.

In its campaign against ISIL in Syria, the Russian government relied on the agreement made with NATO countries to avoid engaging in the air. Now Turkey has violated this agreement.

From the Ukrainian attack on Crimea’s power supply and the blackout that is affecting Crimea, the Russian government has also learned that Washington’s puppet government in Kiev intends further conflict with Russia.

Washington has made it clear from the beginning that Washington’s focus is on overthrowing Assad, not ISIL. Despite the alleged attack on France by ISIL, the US State Department press spokesperson, Admiral John Kirby, said that Russia cannot be a member of the coalition against ISIL until Russia stops propping up Assad.

To the extent that the shoot-down of the Russian military aircraft has a silver lining, the incident has likely saved the Russian government from a coalition in which Russia would have lost control of its war against ISIL and would have had to accept the defeat of Assad’s removal.

Each step along the way the Russian government has held strong cards that it did not play, trusting instead to diplomacy. Diplomacy has now proven to be a deadend. If Russia does not join the real game and begin to play its strong cards, Russia will be defeated.

By Paul Watson Turkey shot down a Russian Su-24 fighter jet it claimed had violated Turkish airspace just days after...