A reflection on an eerie prophecy by Mohammed. 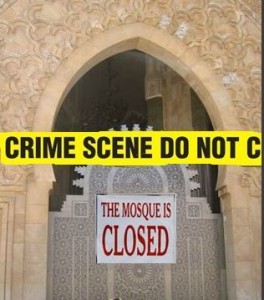 Within the DNA of Islam is a self-destructive element: a prophecy by Mohammed in which he said that Islam will eventually be rejected by the world and would return back to where it came from. Ask your local imam, and he’ll tell you: Mohammed doesn’t lie.

Incredibly, Mohammed himself was not optimistic about his own message and the future of Islam and Muslims:

[T]he Messenger of Allah (Mohammed) observed: Verily Islam started as something strange and it would again revert (to its old position) of being strange just as it started, and it would recede between the two mosques just as the serpent crawls back into its hole.” [Sahih Muslim, Book 001, Number 0270.]

In this hadith, Mohammed foretold that the end of Islam would be strange just like its beginning and that it would shrink back to the limited area where it came from – – between the two mosques of Mecca and Medina.

Could that prediction by Mohammed himself be a signal of the inevitable demise of Islam?

Mohammed’s predictions of Islam crawling back like a snake to where it came from were repeated extensively in several other hadiths:

“Muslims will be the scum and the rubbish even though their numbers may increase; the enemy will not fear Muslims anymore. This will be because the Muslims will love the world and dislike death…
(Sunaan Abu Dawud, 37.4284.)

“Muhammad’s contemporaries were the best Muslims; after three generations, the Muslims will be mainly treacherous and untrustworthy.” (Sahih Bukhari, 5.57.2, 3.)

Mohammed also predicted a large movement of apostasy out of Islam:

“Muslims will diminish in number and they will go back to where they started [before Islam]” (Sunaan Abu Dawud, 2.19.3029.)

Could these believers, with no trace of Islam in them, be the reformers of Islam, like the well-intentioned Dr. Zuhdi Jasser, who are believing in an Islam that does not and never existed? Mohammed’s fears of large apostasy movements and envy of other religions continue: 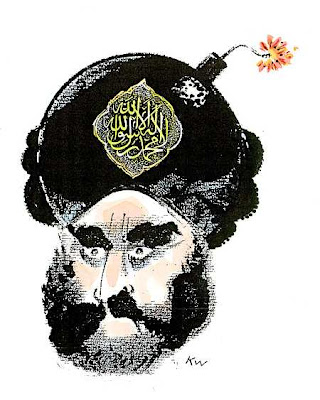 There will appear in this nation….. a group of people so pious apparently that you will consider your prayers inferior to their prayers, but they will recite the Quran, the teachings of which will not go beyond their throats and will go out of their religion as an arrow darts through the game, whereupon the archer may look at his arrow, its Nasl at its Risaf and its Fuqa to see whether it is blood-stained or not (i.e. they will have not even a trace of Islam in them). [Volume 9, Book 84, Number 65:]

Since its inception, Islam has been at war with civilization. “Civilization” is considered a threat to Arabia’s identity and culture and with Islam it was the outside world that had to change and adapt to Arabia’s language, culture, religion.

Will jihadists, yearning for achieving their imaginary perfect caliphate, finally realize that such a utopia never existed and will never exist? Will they eventually grasp that their enemies are not the Mubaraks, Assads, Qaddafis, America, Israel, or past injustice, but in fact, their enemy is within, a terminal virus written in a 7th century incoherent political and legal system that still rules them today? Will Muslims from Morocco to Indonesia reject Sharia, and send it back to where it came from as their prophet predicted, to the two mosques in Mecca and Medina?

Will the world finally come to its senses, learn from the violent history of Islam, and reject it by declaring it the most evil totalitarian ideology created by man? Will the world learn that Islam is but a snake, a viper, behind the title of religion? Will the leaders of the free world find the courage to unite in a march to save the world and say loud and clear, “Islam go back to Mecca, like your prophet predicted”? And then will they declare, “There is no place for you in our part of the world, and the world we want our children to live in”?

What are Muslim leaders waiting for to declare the truth? Will they finally admit they cannot rule any longer under the barbarian laws of Sharia that are enshrined in all Islamic constitutions? Will we ever see the day when old great nations such as Egypt and Persia (Iran), who were conquered by Arabs and never saw their glory days again, stand side by side with Western nations to send Islam back to Mecca?

Will the world finally unite against Islamic terror for the sake of our children and the millions of men and women who lost their lives to bring freedom to our world to end Islam’s desperate need for expansion?

Like a Ponzi scheme, Islam must expand to survive. In that sense, Islam works only when more and more people join its pyramid. As long as the supply of new Muslim believers can empower the pyramid and convince the other suckers, the naïve Muslim followers, that they are right, it can survive.

The Ponzi scheme is currently still effective as it expands in the West without restriction or conditions. This expansion has given Islam a one-sided golden opportunity to grow in Europe, America, and Australia. Tragically, and to its ultimate demise, the West has extended a life-line to a dying, evil ideology, one that has already predicted its own death. Now it will live a little longer, and because of that, it will continue to destroy others.

When will the West respect Mohammed’s prophecy, and send Islam back down the snake hole, the one in Mecca?

In Case You Missed It:  9-11-2001 NEVER FORGET
Posted in Terrorism and tagged Islam, Mosques, Muslim, Quran.

Obama wants an increase of Muslim Syrian refugees to the USA

The White House is quietly pushing for an increase in refugees from Syria, despite new concerns raised by state and...