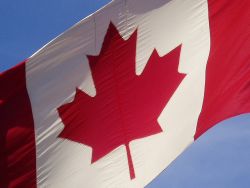 In a statement, the UN said Secretary-General Ban Ki-moon is pleased that Canadian Prime Minister Justin Trudeau’s government decided to restart the funding for UNRWA.

Canada discontinued the funding in 2010 during the administration of former Conservative Prime Minister Stephen Harper amid criticism that the agency funded schools that had become hotbeds of anti-Israeli extremism.

But Trudeau’s Liberal government decided to resume the funding to UNRWA despite its well-documented ties to the Hamas terrorist organization in Gaza.

Ban also met on Wednesday with Trudeau, who took office in November and has vowed more engagement in world affairs, according to AP.

UNRWA marked its 65th anniversary last year. Ban said at the time that the agency was never meant to exist for 65 years but “exists because of political failure.”

Trudeau has raised various question marks vis-a-vis Hamas. He appointed Omar Alghabra as Parliamentary Secretary to the Minister of Foreign Affairs. Alghabra was previously the head of the radical Canadian Arab Federation (CAF), which ran afoul of the state for its open support of Hamas.

His behavior led Canadian journalist Ezra Levant, co-founder of The Rebel Media, to call Trudeau “stupid” in January, quipping that he doesn’t know “the difference between Hamas and hummus.”

NEW YORK (AP) — Amnesty International says there was a dramatic 54 percent increase in executions globally in 2015, with...