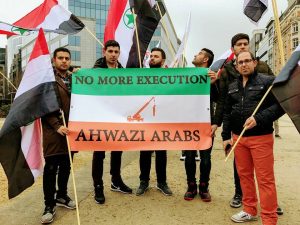 The assassination in The Hague, Netherlands of Ahvazi Arab  Mola Nissi, highlighted and brought to the fore again, the growing case for a Separate Ahwaz State in the country’s oil-rich southwestern Khuzestan province.

He emigrated to the Kingdom of the Netherlands in November 2006 after the executions of many members and leaders of the Arab Struggle Movement for the Liberation of Al-Ahwaz (ASMLA). He was a political activist and leader who, together with his colleagues, established a national movement in 1999, which seeks, according to its slogan, the liberation of the rich oil and gas province Ahwaz from the Iranian occupation.The Mawla family, in an interview, argued that Ahmad Mawla was assassinated by the Iranian intelligence services. They added that he had received regular death threats from the Iranian regime in the past years, including in December 2013 when the Iranian regime had tried to assassinate him because the regime’s policy routinely tries to silence the opposition inside and outside Iran by killing opponents or threatening to kill them.Ahmed Mawla was one of the 13 Ahwaz activists associated with this opposition movement that the Iranian authorities asks the European governments to hand them over to Tehran after their escape and residence in the European countries. In 2005 and 2006, the movement claimed responsibility for carrying out armed operations against Iranian military facilities and centres.

Al-Ahwaz is ‘’located in the South and south-west of Iran, neighbouring Iraq on the west and the  Arab Gulf from the South. The name of Al-Ahwaz was changed to Khuzestan, Bushehr, Hormozgan, and Elam in 1935 during the reign of Iran’s late Shah Reza Pahlavi in 1935. The Province is rich with natural resources such as oil and gas. [iv]

prior to the Iranian invasion of Ahwaz, the majority Arab province was a Sheikhdom ruled by the Arab Sheikh Khazal before his assassination at the hands of the Iranian troops along with many fellow local men who resisted the military invasion of their province  in 1925.

As the case with the Shah regime, the clerical regime in Iran has used an aggressive policy towards  the majority Arabs of  Ahwazi  including  changing the Arabic names of province’s places to Persian names, making demographical changes such as conducting  systematic ethnic cleansing policies, baning the indigenous Arabs from using their Arabic language in schools, government buildings and destroying their history, in addition to arresting and executing considerable number of Ahwazi Arabs. The regime is also accused of damaging the environment in Ahwaz. [v] 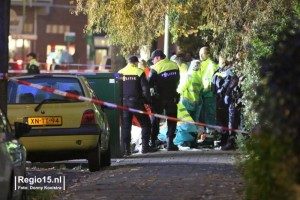 Assassinations have been part of the Iranian regime’s policy to silence its dissidents who demand the liberation of their homelands and put an end to the regime’s violations of human rights.

Most of the political dissidents and activists assassinated by the Iranian regime were from Iran’s minorities such as   Ahwazis, Kurds, Balochis, and Azeris. For example, the regime is suspected of being behind the assassinations of the Ahwazi leader Hussain Al-Madhi on May 3, 1991 in Iraq, Mansour Manahi in the UAE in 1998 and the prominent Ahwazi dissident Doayer Basra in Basra-Iraq in 2006.

Other assassinations of prominent Iranian opposition figures in Europe are also suspected to be carried out by the Iranian regime.  Among these assassinations are the killing of Kurdistan Democratic Party (KDP)’s Secretary General Abdulrahman Ghassemlou along with his colleagues in a mass shootings in Vienna in 1989.  In addition to the assassination of other party members like  Sadegh Sharafkandi, the secretary-general of the KDP along with several members in the Mikonos restaurant in Berlin on 17 September 1992.

The Ahwazi Arabs must fight and protest to secure their Independent State in Iran for it is their legitimate right.The key to doing this is to take their case to the EU, UN and International Court of Justice, and get the full backing of the Trump Presidency and the Gulf States.

What China’s New Leadership Cohort Means for the US