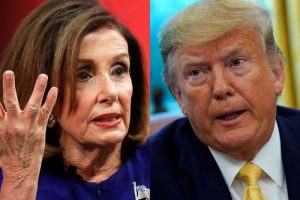 The Communist Democrats see America as just an Asset.

An asset that is just part of a Collective Marxist Global State. To understand the mindset you have to know the playbook that are conducting their affairs and strategies from, and that is Saul Alinsky’s Rules for Radicals.

They do not share a patriotic view of the country or its constitution which they seek to rip to shreds in a Lenin like Trotskyite purge of Conservatives and Trump Army followers.

And their Open Door Immigration Policy is designed to make the Republic a Communist State with a built in eternal Democrat majority.

The Democrats with their MSNBC partners are engaged in an obscene and illegal take down of President Donald Trump, based on no more than just manufactured hearsay and tittle tattle. Their shameless witch hunt against 45 is based on their irrational fear and certainty that Trump is going to be re -elected for four more years in 2020, and that there is no way for them to be able to stop him at the polls, so they have cooked up the ridiculous and ludicrous story that Trump sought help from the Ukraine to be able to beat Joe Biden at the polls, an absurd premise when you consider that the Dems still have not selected their candidate for next year’s election, and the fact that a hapless and disorientated Joe Biden at 77 would ever make a worthy candidate against President Trump.

In Case You Missed It:  US Leading the International Call to Action on Women’s Economic Empowerment

Who are the Architects of this Communist take down ?

Speaker Nancy Pelosi is just a Useful Idiot and Pawn is Much Bigger Game.

Palestinians and their supporters not only erase the Jewish history of the land of Israel, but also of the Jews...