In 2018, nearly a year after Hurricane Maria devastated Puerto Rico, reports surfaced that piles of food and supplies from the Federal Government were left to rot in semi truck trailers, and ended up eaten by rats and other vermin. 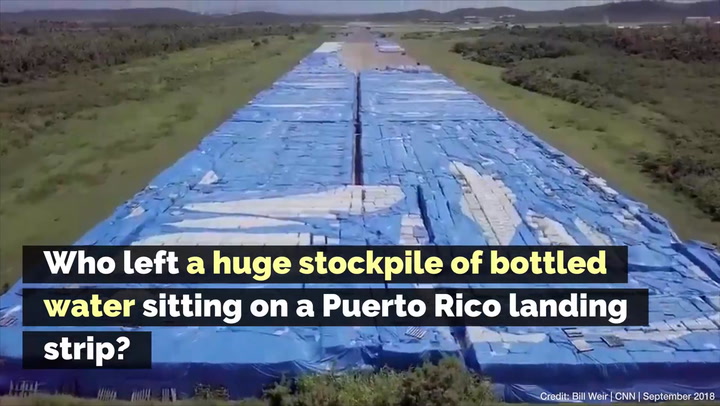 CBS reported in 2018: Donated food sent to Puerto Rico in the aftermath of Hurricane Maria were left to rot in a parking lot of a government facility, CBS News corresondent David Begnaud reported Friday. Additionally, about 10 containers filled with non-perishable supplies sat at the government facility for 11 months.

And this week another warehouse full of US survival supplies was found in Puerto Rico.

A gigantic warehouse was discovered in Puerto Rico this week that was filled with US Survival aid sent there two years ago after the devastation of Hurricane Maria.
It was found because of the earthquakes!

#Breaking: The Governor of Puerto Rico has been exposed by withholding Emergency aid disaster relief from Hurricane Maria. Local firefighters have discovered a warehouse stuffed full off aid supplies. #US #PuertoRico pic.twitter.com/oQFZHnadUJ

Here is video from inside the warehouse.

In Case You Missed It:  552 COVID-19 deaths among fully vaccinated in Oregon as WHO warns of “false sense of security” from vaccines
Posted in Freedoms and tagged President Donald J Trump, Puerto Rico.