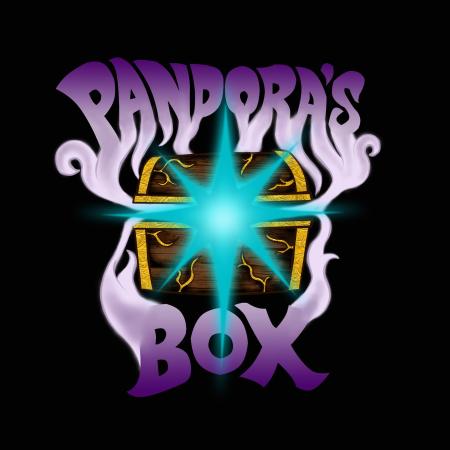 I had little doubt that ‘the memo’ was going to be released. And in my head I immediately had to deal with the inevitable squirming the left was going to do in response to that. I absolutely knew that the left’s leadership – most visibly people like Nancy Pelosi, Chuck Schumer, et al. – would not miss a beat in meeting that release head-on with all sorts of obfuscation, rhetorical dancing and blatant lies. Nancy P., remember, is confident in her doubledealing: Smiling, she smugly chortled: “Donald Trump is not going to be president of the United States … Take it to the bank, I guarantee it!” She obviously believed the fix was in. Don’t forget that.

So many commentators the day after are doing what satan delights in – sorting through the wreckage of details in fallacious arguments like what we have heard in the left’s response to that inescapably factual memo’s release. That’s where we get the old adage, “The devil is in the details.” He loves the time most of us waste in our distractions. And he loves to see an endless chain of ambitious writers converting plainly understood headlines into their own words. Our sheeplike tendencies are how we got eight years of a president Obama … (i.e.) Barack knew that at any given moment not that many people were watching him when he would lie. And, of those watching, he knew that not many were listening. And of those listening, he knew that not many were listening closely. And of those listening closely, he knew that only a few remembered that he had said exactly the opposite just the day before. The Democratic Party today rests heavily on that reliable schematic of a growing portion of human behavior that perfectly imitates the sophistication of most farm animals.

Yet factual details are important to some of us. So, to do a brief wrapup of the unavoidable facts, for those few who aren’t quite up to speed, the whole controversy that precipitated the memo basically goes like this:

During our last presidential campaign Hillary Clinton and company bought and paid for a fabricated report from a decidedly biased investigator implicating then presidential candidate Donald Trump in colluding (aren’t you sick and tired of that word?) with the Russians to help to throw the election in his favor. The Obama-contaminated FBI and DOJ, in order to help build momentum for that notion, presented that fake ‘dossier’ (I don’t ever want to hear that word again, either) under oath to a Foreign Intelligence Surveillance Act court judge in order to obtain a warrant to spy on an individual they had singled out – one of the Trump campaign workers – as the Russian contact for that alleged collusion. Then FBI director, James Comey, at one point even promised that the dossier was a groundless invention. Nevertheless it was used to power an effort to overthrow President Donald Trump. Now that the aforementioned ‘memo’ (I’m not at all tired of that word) has exposed some of that dishonesty, the left (they are no longer innocent enough to be called just ‘Democrats’) are scrambling because their racketeering is coming unglued and being exposed.

Of course there is lots more that can be said about the details. But, in a nutshell, that is sufficient for starters. Now we just need to stand back and take a look at the forest which is so often lost sight of because of all its trees. We must consider the source, the ostensible hearts of the ones who are protesting a memo that reveals nothing that shouldn’t be public knowledge!

The same people who are now crying foul over the release of simple truth are the representative organ of all that is abominable. They work 24/7 to murder babies and help fund the people who murder those babies for the big bucks they make selling those little ones’ body parts. They’re fighting to open our nation to the 21st century offscouring of violent cultic and Third World nations. They encourage schoolchildren to question their genders. They help remove the natural stigma that should rightly rest upon pedophiles, and risk opening our public restrooms to pedophiles. They have totally resurrected racism, given our hard-earned money away to people who don’t work or hate us (or both), and promoted people who aren’t even our citizenry to vote (!). The same crowd that viciously sits through standing ovations honoring real heroes and the victims of their foolish policies … now leads the charge to protest its nefarious actions finally being made public.

The cover-up that has occurred, pre-election and for the past year of the completely fruitless Mueller travesty, is as one commentator put it, “Watergate times 100!” Like many of my readers, I was fully grown and paying attention during the Watergate controversy. Transparency and truth were then of paramount importance to all the press and a watching America. But today the scandal that is currently unfolding is playing before an entirely different crowd than those of us who were watching Watergate in the late 60s – early 70s. And the press ‘reporting’ to this new crowd is unashamedly biased and working to literally assassinate the character and life of a president whose only documentable offense to date has been to work to restore America to Americans. As I said before, Donald Trump has awakened too many people. And the residents of the swamp he promised to drain, including their lying and opportunistic press corps, are all understandably outraged.

In hindsight, I have to ask where America would be right now if there were no Donald Trump, no Fox News or no determined, grassroots conservative Internet press braving to survive a mostly leftist-owned internet. What if a Julian Assange or an Edward Snowden, and other much-hated, similar voices had never come forward crying out against the onslaught of a dictators’ club advancing a ‘New World Order’ under the false flags of ‘liberalism’/‘socialism’? Claiming to champion the cause of the common man, these new Democrats will promise $15 an hour to complacently unskilled voters who can’t see the chains waiting for people who believe they can be governed into security.

One conservative newsgroup recently questioned college students about their reaction to President Trump’s State Of The Union address. Unbeknownst to those being questioned, however – at the time, that address wasn’t to happen for another 24 hours. Every one of the students surveyed responded with profoundly passionate and embellished negative opinions and detailed reasoning for their feelings. It was all a ruse – coming from both directions, really. And that is where we are today. Professional politicians have found a safe home, carried by a tv-brainwashed constituency. And we are, like it or not, handing off tomorrow to a modern-day, silly, Trojan people who haven’t even been prepared to handle today. Indeed, the very real devil, someone who has always hidden himself in empty rhetoric made to sound like the truth, knows that he has finally found his heyday.

The memo that has just been released might prove to be a door into liberal America’s Pandora’s box – one that needs to be opened and poured out just like draining a festering wound. The lies that so much of our nation has bought into will surely be our demise if we continue to allow the works of darkness to stay buried. And, if the left has their way, their dark works will never see the light of day. The truth, starting with God’s word, is rightly called a sword. That sword of truth is our only hope. But even the most powerful sword, if it isn’t picked up and used, is only a worthless ornament at best.

In Case You Missed It:  COVID THEATER: Turns out Biden's vaccine mandate for employers was a bluff; no idea when or if OSHA will ever issue rule
Posted in Freedoms and tagged Democrats, Obama.

Trudeau’s stupidity can excuse a lot of things he does and says but he should not be let off the...