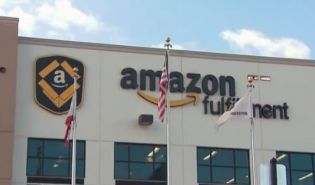 Billions of dollars’ worth, in fact. But don’t rely on the New York Times to tell you that.

The 2020 Democratic contenders are launching a jihad about corporate taxation, and the New York Times is their imam. “Profitable Giants Like Amazon Pay $0 in Corporate Taxes,” the Times headline says above an article that is essentially recruiting literature for the Democratic Socialists of America, “Some Voters Are Sick of It.”

The article quotes Senator Bernie Sanders, the Vermont socialist seeking the Democratic presidential nomination, saying: “Amazon, Netflix and dozens of major corporations, as a result of Trump’s tax bill, pay nothing in federal taxes. I think that’s a disgrace.”

The problem is that neither the headline nor the claim from Senator Sanders is true.

Amazon has paid billions of dollars in corporate income tax in recent years, though in some years it has paid no tax on profits because — don’t let the accounting terminology scare you off here — it lost money. Amazon has a very large footprint in the culture and in online commerce, but it is not a wildly profitable company; in fact, the usual complaint about Amazon is that it is forgoing profits in the here and now as part of a long-term world-domination scheme.

Companies do not usually pay any tax on profits when they do not have any profits.

But sometimes companies have no tax liability in years when they do show profits. That was the case with Amazon in 2018. There are three main reasons for that worth understanding:

First, the U.S. tax code realizes that businesses have both profitable and unprofitable years, and so it allows businesses to average out their income by carrying losses forward. For example, if Company X lost $25 million this year but makes $100 million next year, it can deduct some or all of that $25 million in losses from that $100 million in income. If the company lost more money in earlier years than it makes this year, then those losses may be enough to offset its income entirely. Some businesses, such as energy, are highly cyclical; others, such as real estate, can take a long time to become profitable.

Evening out income between profitable and unprofitable years is one way that the tax code helps to mitigate the effects of the flux. That doesn’t automatically make it a good policy, but it is not obviously a poor policy, either, or a nefarious one. New businesses and expansions requiring large capital investments drive a lot of economic growth and employment, and our tax code encourages them.

Second, our tax code encourages other things, too, including spending on research and development. Companies such as Amazon spend tremendous amounts of money on R&D, and there are tax benefits for doing so. This is not a “loophole” — this is an intentionally designed feature of our tax policy. Government is always eager to encourage R&D spending, manufacturing, investments in physical capacity and equipment, etc., and it has long been the policy of Democrats and Republicans alike to use the tax code to encourage that. Again, not an inarguably good policy, but not an obviously wicked one, either.

Third, stock-based compensation can reduce tax liabilities. (If you want to get into the accounting nerdery of this, start here.) The simplified version: Companies sometimes pay executives (and lowly newspaper editors!) in stock options. A stock option is a contract entitling the holder of the option to purchase a certain number of shares of stock at a certain price; the idea is to align the incentives of the shareholders and their employees by giving both parties a personal interest in the share price, and hence (in theory) the overall health and performance of the business.

If a company gives its employees the option of buying 1 million shares at $10, then those employees will make $1 million if they exercise the options when the stock is at $11. The company can then deduct that $1 million from its income as employee compensation. This looks like trickery to some people, because that $1 million didn’t come from ordinary business income but from an increase in the value of company shares, but there is a pretty compelling case that the shareholders are bearing the $1 million expense and therefore entitled to treat it as an expense. Once more, this may not be the right policy, but it’s not obviously the wrong one.

The Democrats and the Times (to the extent that there is a difference when it comes to national political reporting) don’t give a fig about this. The Times makes almost no effort to go into how Amazon’s taxes are calculated. Instead, we get this:

Colin Robertson wonders why he pays federal taxes on the $18,000 a year he makes cleaning carpets, while the tech giant Amazon got a tax rebate.

His concerns about a tilted economic playing field recently led Mr. Robertson to join the Akron chapter of the Democratic Socialists of America. At a gathering this month, as members discussed Karl Marx and corporate greed over chocolate chip cookies, it wasn’t long before talk turned to income inequality and how the government helps the wealthy avoid taxes.

“He wonders why.” If only there were some institution out there dedicated to explaining this sort of thing to the general reading public! It could adopt for its motto: “All the news that’s fit to print.” Once again, Williamson’s Law comes into play: “Everything is simple, if you don’t know a f*****g thing about it.”

Simple — and morally satisfying, too!

Posted in Financial and tagged Taxation.

The Poynter Institute for Media Studies ran a list this week of 515, quote, “unreliable news websites” that included The...