Getting more and more aggressive and hateful to his country, spoiled man-child and Nike Spokesman Colin Kaepernick crapped all over America again this Independence Day. 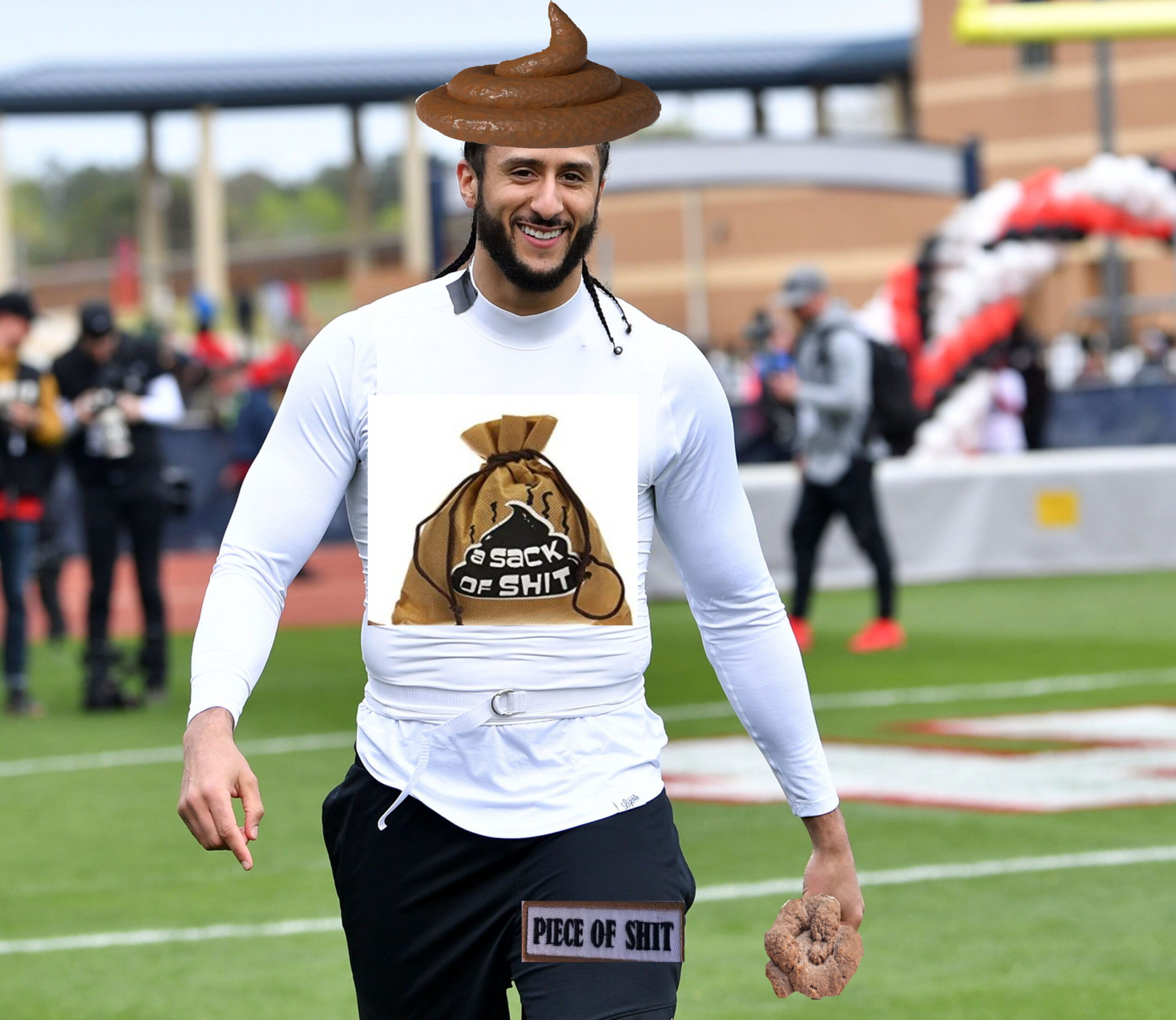 On the Fourth of July 2019, entitled millionaire African-American Nike brand ambassador and former NFL quarterback Colin Kae-piece-if-shit posted a pre-Civil War quote by Frederick Douglass, accompanied by a graphic video, that attacks the United States as the worst nation in the history of the world.

USA has provided this man-child with a life most on the world could only dream of, every opportunity provided to this pathetic excrement and is he appreciate or thankful, no he can only complain and bring further division.

Many people around the world would happily trade places with this toilet stain pathetic man. This scumbag lower than piece of cow dung showed more that for the USA on Independence day showing a one-minute long video contains images of slavery, the KKK, lynchings and police abuse of African-Americans with a voice-over reading from Douglass’ 1852 speech on slavery and the Fourth of July.

“What have I, or those I represent, to do with your national independence? This Fourth of July is yours, not mine…There is not a nation on the earth guilty of practices more shocking and bloody than are the people of these United States at this very hour.” – Frederick Douglass

“What have I, or those I represent, to do with your national independence? This Fourth of July is yours, not mine…There is not a nation on the earth guilty of practices more shocking and bloody than are the people of these United States at this very hour.”
– Frederick Douglass pic.twitter.com/IWLujGCJHn

This year Colin Kae-piece-of-shit doubled down on his hatred for America.

Kaepernick: Black ppl have been dehumanized, brutalized, criminalized + terrorized by America for centuries, & are expected to join your commemoration of “independence”, while you enslaved our ancestors. We reject your celebration of white supremacy & look forward to liberation for all.

"There is a class of colored people who make a business of keeping the troubles, the wrongs, and the hardships of the Negro race before the public. Some of these people do not want the Negro to lose his grievances, because they do not want to lose their jobs." – Booker Washington

Meanwhile other leftist haters had to also show their appreciation to the country they live in, In case you were wondering if this is still about George Floyd.

Haters of this wonderful country and Black Lives Matter terrorist danced and stood on the US flag in DC today on July 4th holiday, taking a huge dump on the American people.

They don’t want to fix America.
They want to destroy it and bring in totalitarian Marxism, they want whites killed or locked up in camps.

Where has we seen this before,  oh yea by Islamic Terrorist in the Middle East. Nice to know who the left in America keeps company with. 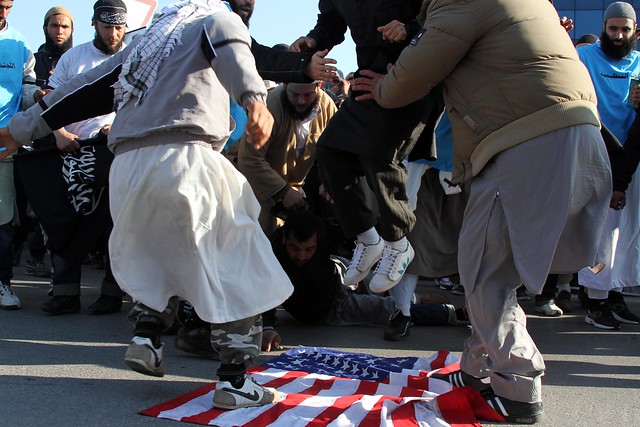 By Jay Latimer Fed up with Defund the Police? Worried that hordes of “peaceful protestors” might soon show up to burn...