That same day, WikiLeaks posted a late-night tweet saying not so fast, NY Times, Daily Wire reported. WikiLeaks revealed that a Times reporter exchanged emails with the State Department—which Hillary Clinton headed at the time—about stories in progress, often days before they were published. 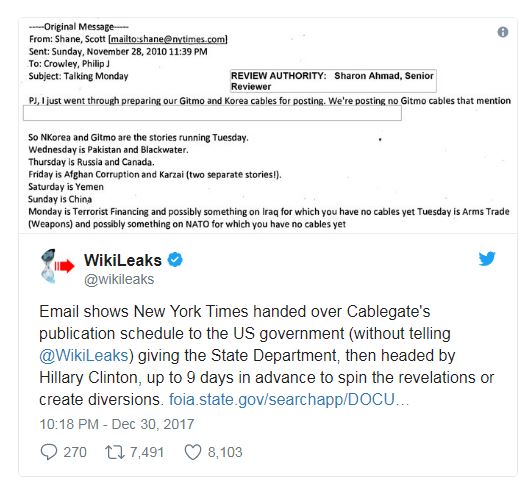 That window of opportunity gave Clinton and her team an opportunity to craft responses and spin well before the stories went live, or, in some cases, could release stories that would overshadow any news that would reflect poorly on the State Department.

In Case You Missed It:  The FDA protects the tobacco industry while pushing spike protein bioweapon jabs
Posted in Freedoms and tagged Clinton, media.

The Mueller Witch Hunt Must End

Hopefully, the Mueller investigation can be ended along with the chances of the Democrats, the media and the “deep state”...